New Website currently being added to all the time over the next few days please keep checking back.

Will update all new things and projects in the coming days. My new studio for a the next few months.

Starting my 3 month Artist in Residence today @ the Thomas King Observatory, Space Place, in Wellington. Exhibition to follow on July 19th - celebrating 50 years since the first moon landings of the Apollo missions. This residency is an artists response to the Mercury, Gemini, and Apollo programs leading up to the first moon landing in 1969. The studio will be open to the public, for visits at various times, so you can take look at some of the work in progress and ask a few questions, details to follow on visiting times. I will be posting images at the end of every week to document my progress.

Very excited about this project and looking forward to some new experimentation from this residency.

The exhibition and residency is titled LUNAR MODULE. 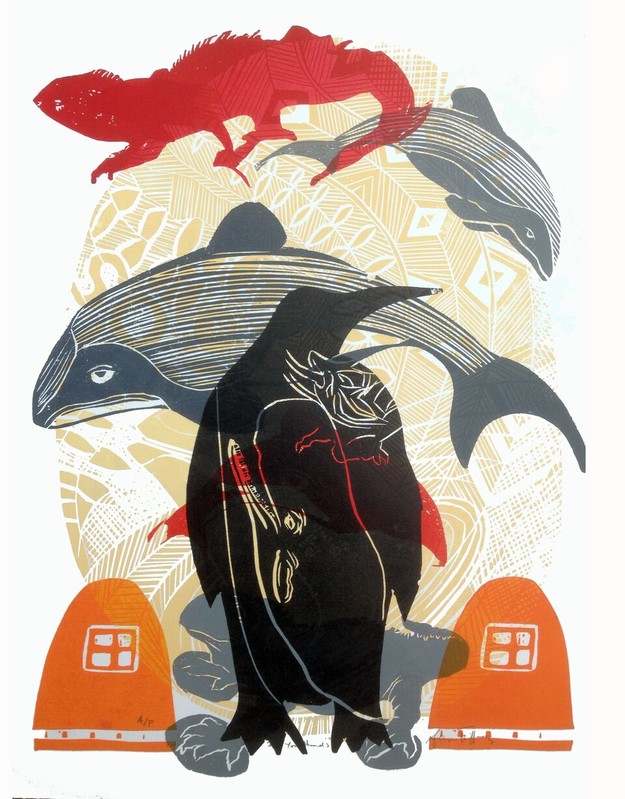 An exceptional opportunity to work with expert printer Sheyne Tuffery in a two-day workshop on the 6th and 7th of August (10am-4pm for both days).

Sheyne will demonstrate techniques for making wood prints using traditional and experimental methods (as well as handy shortcuts) in colour and black and white. You'll walk away with a folio of handmade prints to hang on your wall or give as gifts.

Suitable for beginners to advanced working at your own pace.

Places are limited so bookings are essential.

Price covers the full two days and all materials required. 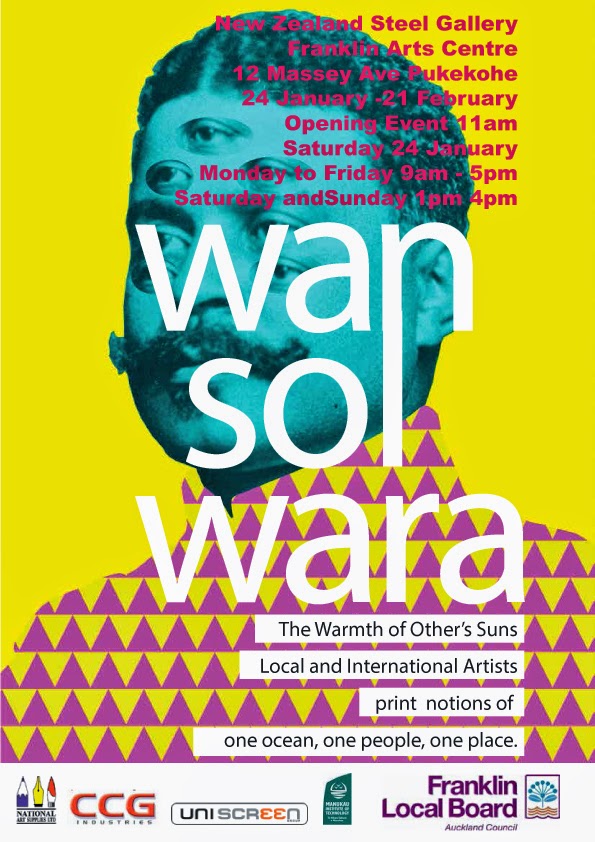 Exhibition and workshop in Martinborough April 2015

Close To The Hear

Choosing from almost 370 entries submitted by New Zealand artists throughout the country, Judge Dr Anne Kirker has selected 50 finalist artworks for the 2015 New Zealand Painting and Printmaking Award.This award is our country’s most valuable, acquisitive cash award for New Zealand artists in the fields of painting and printmaking. The $20,000 prize is very generously sponsored by the Philip Vela Family Trust and they also purchase the winning artwork for their collection. Success in this competition has been a springboard for many of the winning artists who have moved on to significant careers in the contemporary art field.

The judge for 2015 is Dr Anne Kirker. Her experience includes curatorial work in leading galleries in New Zealand and Australia. She was Adjunct Associate Professor at Queensland College of Art and now works as an independent art consultant, curator and writer.

The finalist works will be exhibited during the Hamilton Gardens Arts Festival. The winner will be announced on 13 February 2015 at the awards ceremony; there will also be two merit awards presented. The public are invited to vote for the Peoples’ Choice award during the exhibition and the popular favourite wins a prize of art materials donated by Gordon Harris. A 100-metre long train mural has been installed on the façade of Johnsonville Countdown on Moorefield Road. This large-scale mural project was a joint initiative between Wellington City Council and Johnsonville’s community. Well known Wellington artist, Sheyne Tuffery, led the painting of the mural in collaboration with 11 school groups and youth organisation, Challenge 2000.

Representatives from Johnsonville’s community, including from Lions and Rotary clubs, Johnsonville Shopping Centre, Countdown Johnsonville, Challenge 2000 and the Johnsonville Community Centre came together to form a mural steering group. They liaised with the Council’s Community Services and Arts teams and Northern Ward Councillor Justin Lester shaped up a plan to develop this large-scale mural.

“It’s a bare, white wall, almost 100-metres long and is often the target of graffiti,” says Katie Taylor-Duke, Arts Programme Advisor with the Council. “The wall is a giant blank canvas – a great site for a mural that will minimise graffiti and activate the space. Murals are a great way to bring communities together through sharing ideas about what could be represented and how.”

The aim of the project was to develop a striking mural in partnership with the community that tells the story of the development of Johnsonville as a suburb.

Experienced artist Sheyne Tuffery was selected to lead the design and painting of the mural with the community. Tuffery has a strong connection to the northern suburbs, having grown up in Newlands. He has worked on many large-scale murals and his work is represented by galleries and held in collections across the country. Most recently he completed the Hopper Street mural in Mount Cook, where he currently lives.

Sheyne Tuffery says that, “making murals about local history strikes a chord in me. It’s something I take very seriously.”

Sheyne worked with groups of students from 11 schools and with one community group – Challenge 2000, coordinating workshops and collaborating on the mural’s design. Each group was assigned a topic about Johnsonville’s development as a thriving suburb, from its settlement in 1841 when Frank Johnson moved to the area and began clearing vast tracts of trees and bush. Other topics include World War I and II, the Old Coach Road, the Johnsonville Railway line, the Tip Top Factory, and Centennial Highway.

Schools were asked to select their preferred topic from a list shaped by Community Representatives. The most popular by far was the Johnsonville Railway line. This was clearly an important aspect in Johnsonville’s development. Sheyne made the decision to turn the mural into a train, each panel making up a different section to the train. This was a playful way to connect each panel along the length of the wall and to reflect the importance of the railway.

The mural will be completed and installed by 16 December.

# new paintings and works on paper

People all over the world have responded to the plight of New Zealand’s critically endangered Maui’s dolphin. The Government called for submissions and received over 20,000 from people in New Zealand and all around the world wanting immediate action to save Maui’s dolphin from extinction.

As you know, Maui’s dolphin is the world’s smallest and most endangered marine dolphin. It is found only in New Zealand waters and the latest population estimate indicates only 55 adult dolphins remain alive. The sad truth is, they’re now outnumbered by our Members of Parliament.

The future of Maui’s dolphin is now in the hands of those politicians. To highlight this point to them we commissioned Wellington artist Sheyne Tuffery to produce 55 artworks representing the alarmingly small Maui’s dolphin population.The beautiful handmade woodblock prints, aptly titled ‘In your hands’, feature Maui’s dolphins and a tuatara – another New Zealand species to have faced extinction but now considered a national treasure.

Finalist in the New Zealand Painting and Prntmaking award, Hamilton 2011